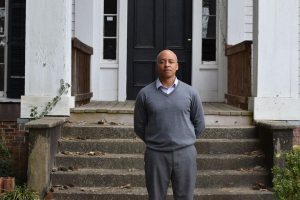 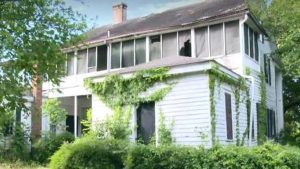 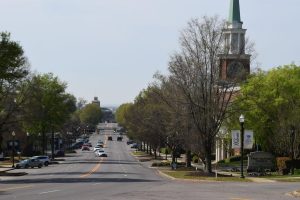 Let’s join our newsletter to get daily posts, Idea and insight.

North Augusta continues to grow, and the past year was no exception to that.

The pandemic hasn’t seemed to have slowed the growth and development in the city.

New housing developments inside the city limits of North Augusta, wedged in between East Buena Vista Avenue and East Martintown Road, are in the works. The complex, which will take up 46.5 acres, will house a grocery store, senior living, standalone homes, townhomes and parks.

Kia of Augusta plans to move its dealership to a location on Jefferson Davis Hwy. The dealership will be added with a number of other dealerships in the area.

“It really fits in with what has become the ‘motor mile’ in North Augusta,” Thomas Paradise, the interim Planning and Development director, said during the Augusta Planning Commission meeting.

Just outside of city limits, developer and North Augusta native Tracey Turner has started construction on Phase 1 of 5 of a subdivision and community. Construction of the subdivision, Weeping Willows, is anticipated to begin in January 2022 with 100 homes being built in Phase 1 by local contractors.

“The goal is to try and enrich the local residents there. A lot of builders and local developers were hit hard in 2008 and it wiped out a lot smaller builders,” Turner said. “… With cybersecurity, different factories, Fort Gordon, I just think the city is going to be unrecognizable three to four years from now.”

Turner said the location of the neighborhood is an old dairy farm and plantation home. He has plans of incorporating the old structures into the new development.

Development in Riverside Village and Hammond’s Ferry continues as well.

North Augusta City Council and Mayor Briton Williams are have expressed the desire to make North Augusta a “destination.” Williams wants to get community input on events, like hosting a river event in 2022 along South Carolina’s Riverfront.

“It creates a lot of opportunities for us to grow the chamber by recruiting new members in the community. From an economic development perspective, when visitors call the area or when people think about moving to the area with more resources for the community is helpful to grow,” Carroll said. “We’ve had a good amount of growth over the past 10 years and we want to see that continue.”

Williams and the council have voted favorably for small business initiatives to help the community come together. One of these is the downtown facade revitalization project, working to beautify Georgia Avenue as the entryway to the city and adding retail and food businesses to the area.

“You can have at least five more restaurants, any food-related business. That can be fast-casual-type opportunities as well,” Spears-Mahoney said during a city council meeting in June. “… There is lots of opportunity for downtown and these numbers prove that.”

Growth and development projects expand past housing and retail, but into connectivity to Augusta and nearby Aiken. The Lower Savannah Council of Governments put together a proposal to create a bike project connecting Aiken to North Augusta.

According to LSCOG, the project will be designated with Share the Road and funded locally and federally by the Transportation Alternative Program. The total project will cost $55,885 and is located in the 2021 fiscal year budget.

Carroll is excited about the growth in the community and the amenities that are available for residents and visitors.

“We are kind of your visitors center and your chamber of commerce, so we are that one stop shop for people when they come to the area,” Carroll said. “So all of that is helpful for us to be able to communicate with people who call us for whatever reason on what we have in our community.”

Turner Development LLC (TDL) is a development company based in the District of Columbia.