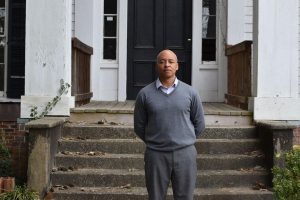 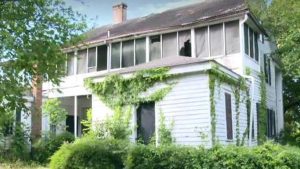 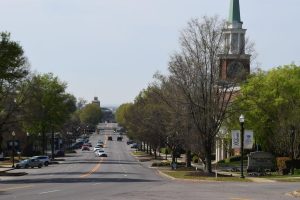 Let’s join our newsletter to get daily posts, Idea and insight.

A property with 170-plus years worth of history to tell is soon to take on a new role, having shifted from plantation to dairy to, soon, subdivision.

Aiken County native Tracey Turner recently purchased a 185-acre historic property near the intersection of Old Aiken Road and Jefferson Davis Highway with plans to create a subdivision and community focused on minority- and women-owned businesses and contractors.

Turner is currently based in the Washington D.C., area but has been eyeing the property since walking through it with a previous owner.

The plan – phased over five years – is to convert the property into a mixed-use subdivision with housing, stores, a biergarten and event space for weddings and parties.

The main plantation home will be restored into a community center with short-term, Airbnb-style rentals. The structure used as slave quarters when the property was a plantation will be maintained as a historic piece.

There is a cow barn remaining from the days of the dairy that will be converted into an eatery and more bed-and-breakfast space.

“So ideally this would be the center of the subdivision where all the residents would come and mingle, have drinks, eat dinner, breakfast and kind of have just a common area space,” Turner said.

The first year of work will be focused on rehabilitating the home, beginning commercial and residential infrastructure, and finalizing designs.

There are plans for 418 residential lots on the remainder of the sprawling property.

“It sits in the middle of Aiken, North Augusta and Augusta, central to I-20, 520, so if you’re Cyber Center, nurse, doctor or a military, it fits the perfect area,” Turner said.

The developers will work with small minority- and women-owned businesses and builders to “help build them out to become those leading builders in the CSRA,” Turner said.

“I think that’s a great selling point that you know you’re buying into a community that is developing a larger community. So we like to use the term the opportunity that’s giving many opportunities,” Turner said. “So I think that’s great.”

Turner said his ancestors worked on the property as slaves and then as workers for the dairy that was owned by the Haskell family.

The main house on the property was built in 1850 by Thomas Gresham Lamar II, according to a timeline provided by Turner. The Lamars were related to Charles Lamar of Savannah, one of the minds behind the notorious slave ship, the Wanderer.

In 1911, A.C. and Laura Haskell purchased the plantation from the Lamar family and began a dairy, which operated until it went out of business around 1972.

Turner Development LLC (TDL) is a development company based in the District of Columbia.